Create an Account - Increase your productivity, customize your experience, and engage in information you care about.

The Waterford Township Fire Department was established in 1941 as a direct result of the growing population in what was known at the time as Lakeland's Paradise. The departments humble beginnings originated in a small lower-level room of town hall with 1 fire truck and a handful of concerned township citizens. 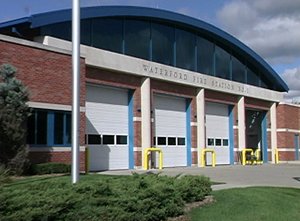 Today, it has become one of the most progressive, best equipped, best trained and technologically advanced fire departments in the State of Michigan. With this progressive approach, the Waterford Fire Department took on the fire protection needs of the City of Lake Angelus in 2000. In February 2012, the Fire Department began contracted Fire and EMS services to the City of Pontiac.